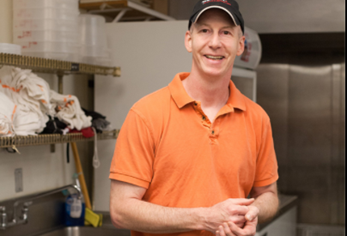 grant to dream up​ a new

CINCINNATI – Matt Madison could have relied on his own expertise or a downtown marketing firm to dream up a new summer flavor for his growing Madisono’s Gelato brand.

Milford and CPS wrap up Straight A Fund project

WVXU 91.7 FM focused on the Case-Based STEM Learning Project in Milford and Cincinnati schools. Listen to the broadcast on Cincinnati Edition.  Link 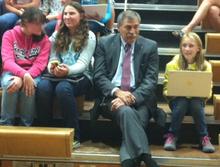 Instead, he turned to junior executives – very junior. A sixth grade science class at Kilgour Elementary will be charged with choosing the new flavor in a 10-week case study that begins this month. They’ll taste test, conduct market research, review production costs, supplies and all the other factors that go into choosing just the right flavor combination to please patrons while turning a profit. They'll use the same principles in a simplified format that Harvard Business School MBA candidates are learning about launching a successful product.

“Flavors pop out of a lot of unique places for us. So why not listen to some kids to see what flavors appeal to them,” Madison asked, noting that using school-aged kids may expand his market if they choose a flavor that appeals to children more than some of his existing adult-oriented flavors.

Kilgour’s is one of 18 science classes spread across Cincinnati Public and Milford Exempted Village schools that will benefit from a $1 million grant that the two districts won as part of Gov. John Kasich’s Straight A Fund, a $250 million pool of money set aside by the state to fund innovative ideas that aims to boost student achievement, reduce spending or maximize use of existing resources.

The Milford Exempted Village Schools and the Cincinnati Public Schools launched a six-month-long project in 2014 to implement STEM case-based learning into 18 classrooms in their districts in order to increase awareness of and student knowledge in Science, Technology, Engineering and Math fields.

The kickoff was held in January at the Mayerson Academy, which is one of the project partners, along with Smarter Schools, the Partnership for Innovation in Education, and the Northern Kentucky University Center for Applied Informatics. The project was completed in June.

In five years, Ohio will demand a total of 257,800 jobs requiring science, technology, engineering and math skills, and 90% of those jobs will require postsecondary education, according to a study by the Georgetown University Center on Education and the Workforce.

Researchers are more recently focusing on ways to harness the natural curiosity of elementary school students to generate interest in pursuing STEM fields. According to the National Center for STEM Elementary Education, a third of students lose interest in science by the fourth grade. By eighth grade, almost 50% have lost interest. “At this point in the K-12 system, the STEM pipeline has narrowed to half. That means millions of students have tuned out or lack the confidence to believe they can do science.”

One of the problems, the center notes, is that elementary school teachers often lack the background and the confidence in STEM fields to teach the subjects effectively.

The project
This project is funded by a grant of $1.1 million from Ohio’s Straight A Fund to advance and replicate a promising cased-based method of teaching STEM in elementary schools in the Milford Exempted Village School District and the Cincinnati Public School District. The project further develops a scalable and sustainable model teachers can use to increase STEM efficacy in Ohio classrooms.

This was one of 24 grants awarded by the Straight A Fund in its first round of funding.

The project builds from a 2012-13 project piloted at Cincinnati’s Kilgour Elementary. Teachers worked with a nonprofit organization, Partnership for Innovation in Education (PIE), to develop a case-based,
vertically integrated curriculum. The program featured the development and application of critical thinking skills using authentic STEM content. Aided by technology, students solved the challenge by applying concepts in math, engineering, business development and financial literacy.

What is case-based learning?
The case method is a teaching approach often associated with business schools. Harvard Business School, for instance, teaches most of its classes using the case-based method. Typically, the case method places the student in an active, decision-making role. The case presents facts and context
but relies on the student to actively pursue a solution, with the instructor serving as facilitator and guide.

In the Kilgour pilot, students were asked to solve a challenge requiring the development of new products and services. After reviewing relevant facts, figures and data, students learned key concepts, such as the product life cycle, SWOT analysis, and the “5P’s” of marketing. To apply these skills, students developed an accompanying “app” and became the first public elementary school to launch an app available globally via the Google Android Store. With every $0.99 download, the “Cash Cow Lemon Smash” app provides revenue to the district.

This consortium, which includes non-profits PIE and Smarter Schools, will further refine and test this novel approach to STEM education and develop a scalable instructional model available for widespread
use. Other partners include the Mayerson Academy and the Northern Kentucky University Center for Applied Informatics

Smarter Schools engaged two talented writers to shadow students, teachers and business partners as they implemented the case-based learning project in selected Milford and Cincinnati schools. They found that the real-world problems presented to students engaged them in ways that typical classroom lessons did not. The storytelling publication, Bringing Learning to Life,​ tells those stories of innovation. 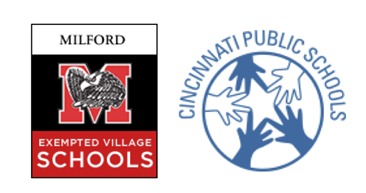 An external program evaluation by a University of Cincinnati professor indicates that a majority of students in the Milford and Cincinnati case-based learning project increased their knowledge of STEM subjects and were engaged in the real-world case-based learning. The evaluation study also found that teachers felt they were competent in the case-based approach and expressed satisfaction in participating.

State Superintendent Richard Ross made a visit to Milford Junior High School to see first hand the case-based learning project funded by the Straight A Fund. "I'm excited about what I've seen," he told students and faculty.